Just saw this awesome homemade NATO strap made by reddit user diamened – they took an old IDE flat hard drive cable, clued some rings into it, and fashioned a trendy looking strap for their Vostok diver.

Probably not the most comfortable for long term wear, but awesome none the less. Here’s a wrist shot: 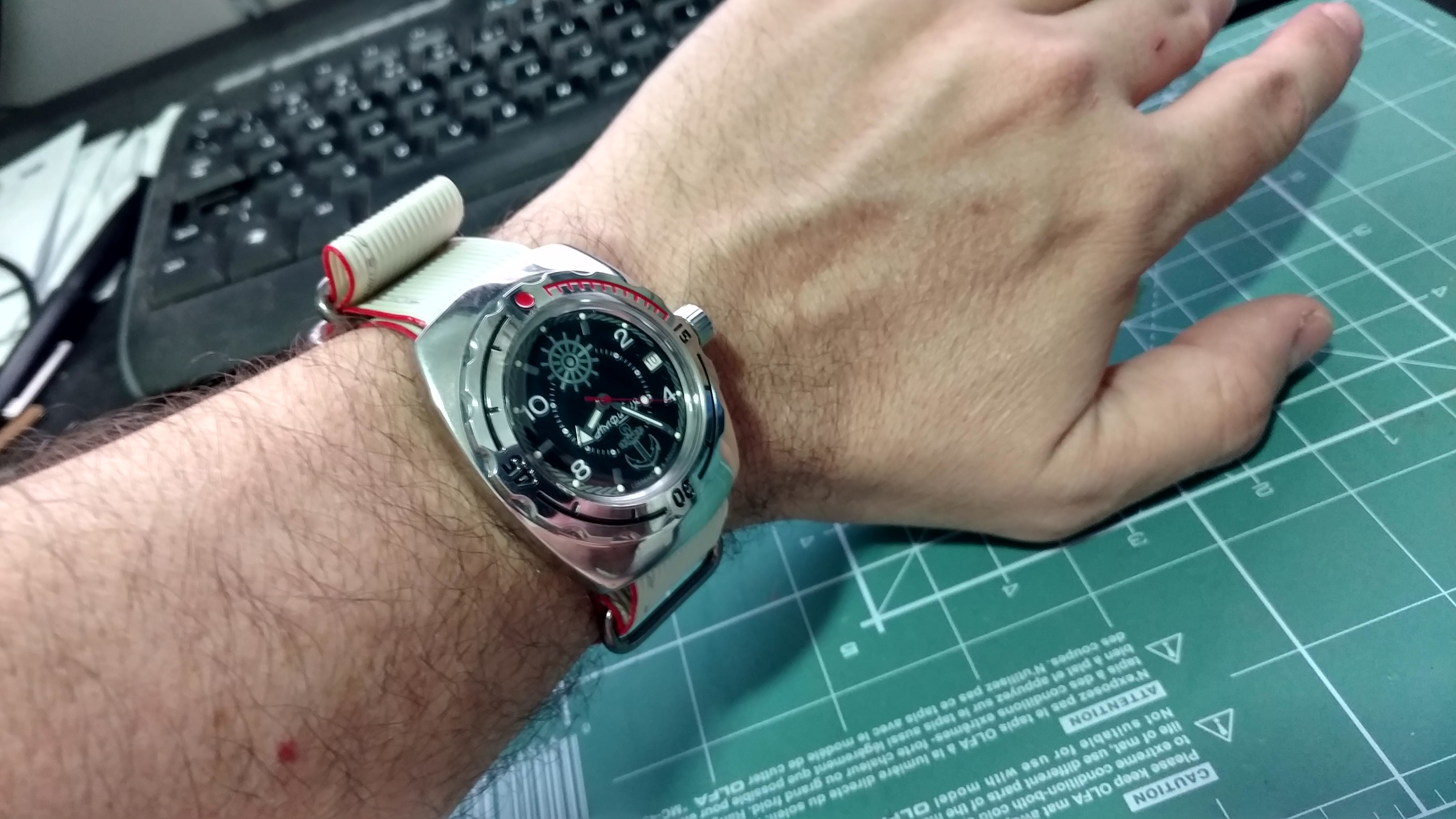 Check out the original thread on reddit here. Many people are asking for a tutorial on doing one yourself, but as of this writing, diamened has yet to deliver.

Get DWB In Your Inbox!

Signup For Our Newsletter

Evolution of the Rolex Submariner

It does not, lug holes are too far to the outside.

Does the Strapcode bracelet fit properly? Read somewhere that there were slight diferences in lug shape between Ray II and III..

I am glad you didn't Reed! Too many people allready wear a warch for a short time and then review it. What you do is a niche, really special! And…

Thanks Harry! I keep telling myself I'm going to buy a watch, wear it for a couple weeks, write a review and then sell it on so that I can…

Thanks for the feedback Matt. Where are you getting this info about the Mako 3 vs. Ray 3? The Japanese Orient site doesn't seem to use that branding ( I…